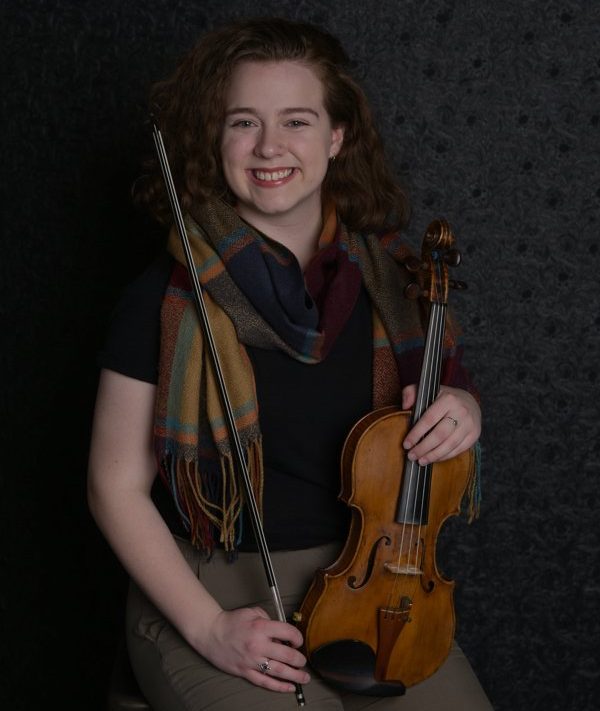 Alexis Terrian, a Kalamazoo local, began playing the violin when she was ten years old. She began studying privately when she turned thirteen with Phil Marsceau, and at age fifteen she began studying with Mark Portolese at the Crescendo Academy of Music, and began her orchestral career in the Kalamazoo Junior Symphony Orchestra where she was a member of the KJSO String Quartet during her senior year. In her junior year at Loy Norrix High School, she was nominated at All-State Solo and Ensemble to attend the Michigan Youth Arts Festival in May 2016 where she was given the Distinguished Scholar Award.

Terrian began studying with Renata Knific in the spring of 2018. As of now, she is studying with David Lisker in the violin studio at the Western Michigan University School of Music. At WMU, she is a member of the University Symphony Orchestra, sitting as associate principal in both first and second violin sections. She has also been a member in several chamber groups throughout her time in the program, as well as performed solo repertoire. She is wrapping up her Bachelor’s of Music in Performance Violin and will graduate in the Spring of 2021. Alexis is currently in the process of searching for graduate programs and hopes to continue her studies with violin and pedagogy.

Alexis began teaching violin and viola with the HLFGMC in her senior year of high school. Recently, she has taken on more responsibilities as the Program Manager. Since then she has also started teaching with Kalamazoo Kids in Tune, as well as having her own small private studio. Alexis’s passion is teaching with different outreach programs, and she hopes to continue teaching violin.